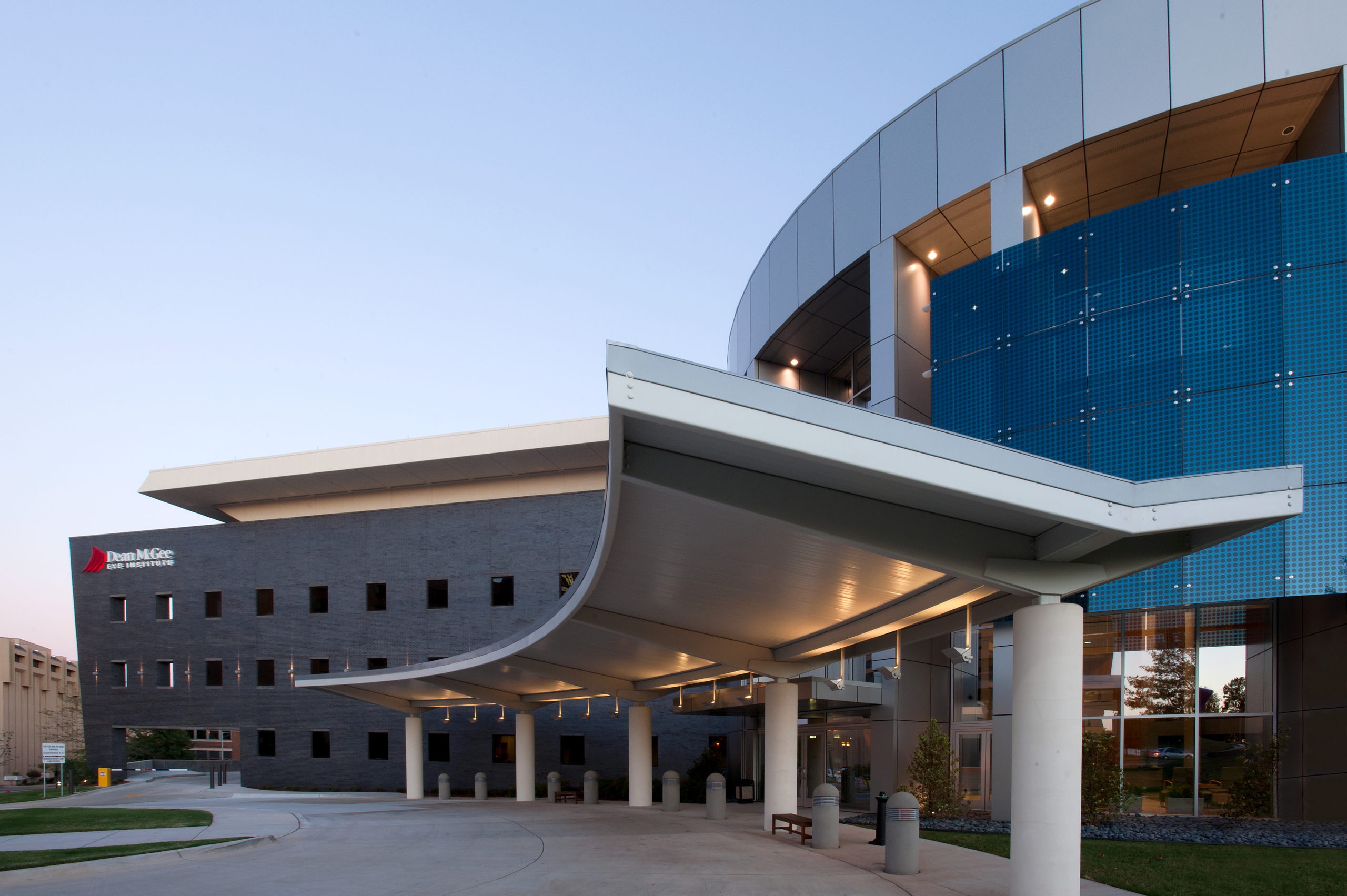 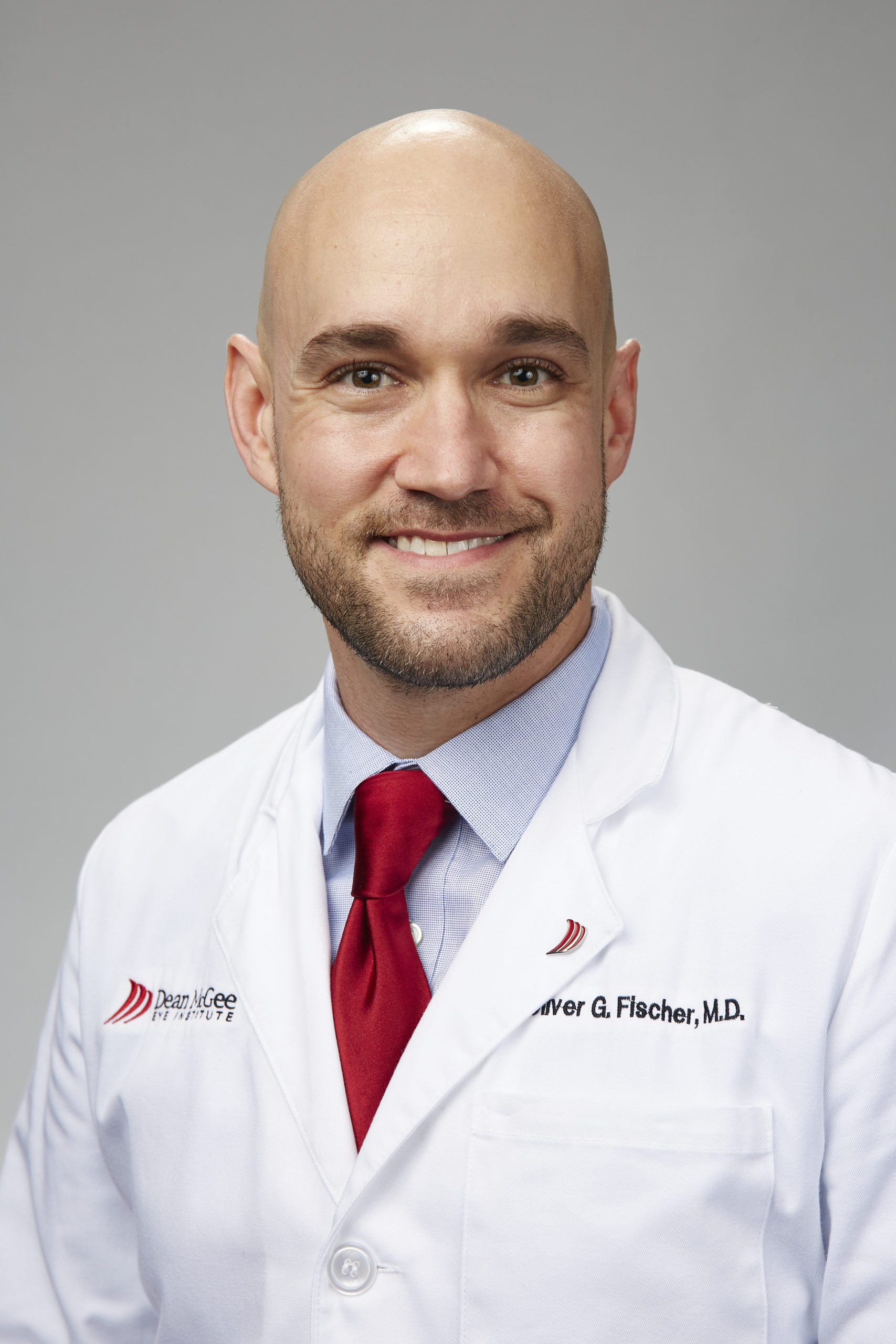 Dr. Fischer was born in Albuquerque, New Mexico and grew up in Southern California. He graduated magna cum laude with a BS in Chemistry from the State University of New York at Binghamton University, where he was inducted into the Phi Eta Sigma and Phi Beta Kappa National Honor Societies. He then attended Georgetown University and received a MS in physiology and biophysics. Dr. Fischer received his MD from Rush Medical College in Chicago, Illinois. After medical school, he completed a clinical fellowship in ophthalmic pathology at Bascom Palmer Eye Institute in Miami, Florida. Prior to joining the Dean McGee Eye Institute for his vitreoretinal surgical fellowship, he completed a transitional-year internship at Bassett Medical Center-Columbia University and ophthalmology residency at BronxCare-Icahn School of Medicine at Mount Sinai in New York City. Outside of work, Dr. Fischer enjoys traveling and exploring the outdoors with his beautiful fiancé, Lena, who is a cornea specialist in Austin, Texas. His other hobbies include playing the violin and piano, skiing, and running marathons. 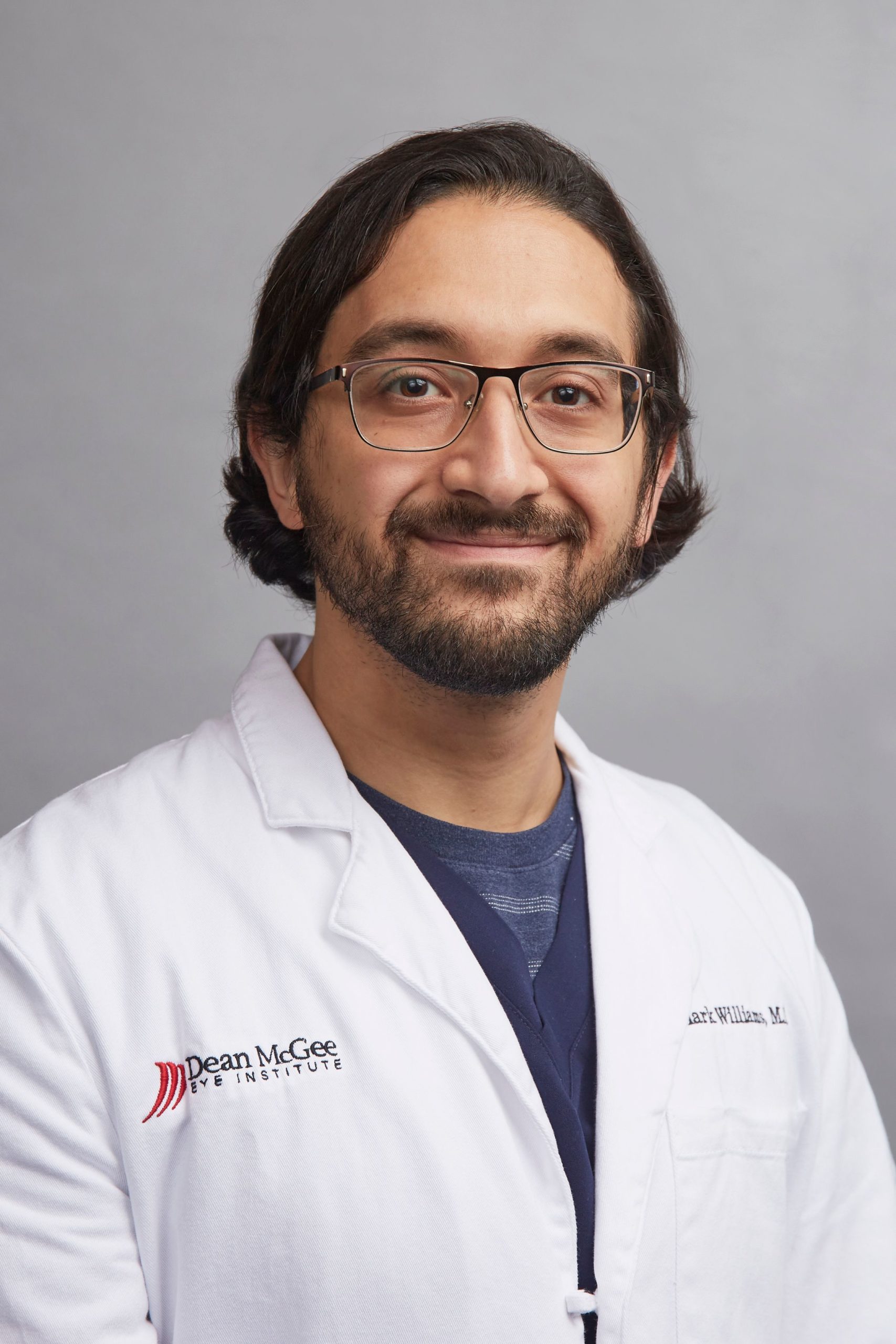 Dr. Williams is excited to be a part of the Dean McGee Eye Institute for his Vitreoretinal Surgery fellowship and to be a part of their legacy of outstanding patient care, research and education. Outside of work, Dr. Williams is passionate about medical missions work and has served in Kenya, Egypt, and Mexico. He also enjoys hiking and music, and plays the guitar and the oud.

The Dean McGee Eye Institute takes great pride in the unsurpassed quality of vitreoretinal clinical and surgical training offered to our fellows. The Dean McGee Eye Institute (DMEI)/University of Oklahoma (OU) Department of Ophthalmology serves as the sole tertiary referral center for eye care in the state of Oklahoma, and additionally serves parts of Arkansas, Kansas, Colorado, New Mexico, Missouri, and Texas. Its staff of approximately 30 ophthalmologists includes physicians in every subspecialty.

Annually, physicians at DMEI/OU provide approximately 200,000 total patient visits and more than 10,000 surgeries including many difficult and unusual cases. In addition, DMEI/OU faculty provide emergency/trauma coverage at OU Medical Center, the only level-one trauma facility in the state. In this environment, a retina fellow can expect to be exposed to a broad range of diseases and disorders of the retina and vitreous.

Our fellowship in diseases of the vitreous and retina provides one fellow every two years a complete and thorough experience in both surgical and medical retina, enabling our graduates to enter clinical or academic practice with a high level of experience and proficiency. Care is taken by the retina faculty to keep the fellowship experience devoted to learning and education with minimal time devoted to patient calls, refilling medication prescriptions, dictations, etc. Fellows receive salary support equivalent to PGY-5 plus benefits.

Additional faculty directly responsible for education and training in this fellowship include:

The surgical experience provided by Drs. Bradford and Shah is comprehensive and diverse. Each faculty member has a unique and effective technique for vitrectomy and scleral buckling. Dr. Bradford performs adult and pediatric vitreoretinal surgery. Dr. Shah conducts a high-volume clinical and surgical practice.

In addition to this exposure to a tremendous breadth and depth of vitreoretinal disease and pathology, the fellow also will participate in the evaluation and management of patients with ocular inflammatory disease and uveitis, including the use of immunomodulatory therapy, with Dr. Fransen. Dr. Kingsley will provide further refinement of medical retina skills and treatment algorithms. Retinopathy of prematurity rounds takes place once a week with pediatric ophthalmologist and residency program director Dr. R. Michael Siatkowski. Dr. Brian Firestone is responsible for ocular oncology and the placement of radioactive plaque treatment of choroidal melanomas.

Participation in clinical or basic research projects in the laboratories of our 10 NIH-funded basic scientists is available to the interested fellow. Various clinical trials are also ongoing within the department. The fellow is encouraged to pursue topics of particular interest, and previous fellows have presented their results at local and national meetings.

This fellowship is approved by the Association of University Professors of Ophthalmology’s Fellowship Compliance Committee and participates in the Central Application Service provided by the San Francisco Matching Program. The fellowship application form may be found at www.sfmatch.org and is listed under the Surgical Retina category.

It is expected that the retina fellow be eligible for an Oklahoma Medical License and thus must have completed and passed all three parts of the USMLE and be either Board Eligible or Board Certified by the American Board of Ophthalmology. No additional application material is required beyond that which is included in the central application service. The University of Oklahoma supports only J1 visas.