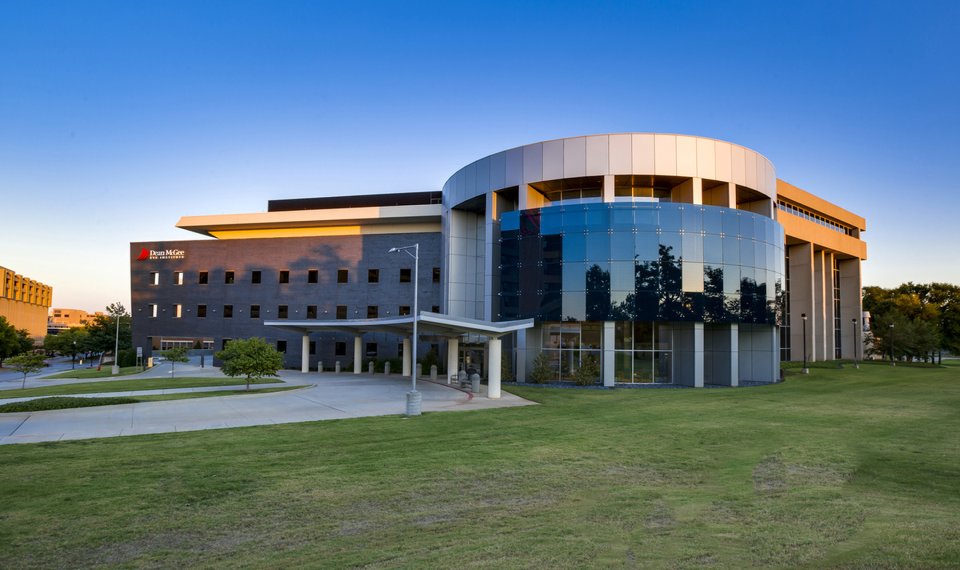 OKLAHOMA CITY—Dean McGee Eye Institute ophthalmic plastic and reconstructive surgeon Annie Moreau, MD has been named a Fellow of the American College of Surgeons (FACS). This year’s class of 1,640 initiates from around the world is one of the largest ever admitted to the College.

Applicants for Fellowship in the American College of Surgeons must have graduated from an approved medical school, completed advanced training in one of the 14 surgical specialties recognized by the College and be certified by an American surgical specialty board. Final acceptance must be approved by three-fourths of the ACS Board of Regents. Fellows of the American College of Surgeons are able to use the designation FACS after their names.

Dr. Moreau is an Assistant Professor in the University of Oklahoma (OU) College of Medicine’s Department of Ophthalmology and joined the Department and the Dean McGee Eye Institute as an oculoplastisurgeon in October 2012. A native of Quebec, Canada, Dr. Moreau earned her undergraduate and optometric degrees from College Lafleche and the University of Montreal, respectively. After working as an optometrist for eight years, she completed her medical degree at the OU College of Medicine in 2006 and was elected to the Alpha Omega Alpha Honor Medical Society.

Following an internship in general surgery at the University of Oklahoma, Dr. Moreau completed a residency in ophthalmology and a fellowship in oculoplastic surgery and neuro-ophthalmology at the Dean McGee Eye Institute/University of Oklahoma. She was awarded the Acers Resident Honor Award in 2009 and received a special resident education award (now named for her) in 2011 for her devotion to education as a fellow.

Before joining the Dean McGee Eye Institute, Dr. Moreau was an attending clinical ophthalmologist in the Boston VA Health System and an Assistant Professor of Ophthalmology at Boston University in Massachusetts.

About the American College of Surgeons (ACS)
The ACS is a scientific and educational organization of surgeons that was founded in 1913 to raise the standards of surgical practice and to improve the quality of care for the surgical patient. The College is dedicated to the ethical and competent practice of surgery. Its achievements have established it as an important advocate for all surgical patients. The College has more than 79,000 members and is the largest organization of surgeons in the world. WWW.FACS.ORG